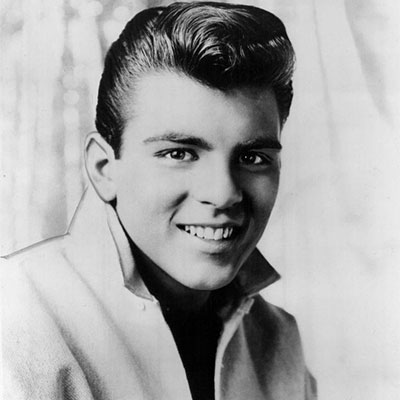 An overnight singing sensation, a film star with over 30 films to his credit who continues to work actively as both an entertainer and a producer, Fabian was discovered at the tender age of 14 sitting on his front steps in Philadelphia. At 15, he won the Silver Award as The Most Promising Male Vocalist of 1958, earned Gold records for “Turn Me Loose” and “Tiger” and a Gold album for The Fabulous Fabian. In 1959, Fabian made his screen debut in Hound Dog Man opposite Carol Lynley. His impressive acting credits include featured roles with John Wayne, James Stewart, Jack Palance and Tuesday Weld, as well as numerous television and commercial appearances.

Fabian continues to perform live with Frankie Avalon and Bobby Rydell as The Golden Boys, playing to packed houses around the country and on television specials such as The American Music Awards, Miss Teenage America, and Command Performance: An All Star Salute to the President.