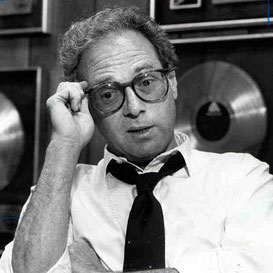 Celebrating its 30th anniversary in 1997, Electric Factory Concerts is one of the largest, most successful and well-respected concert promoters in the world. Co-founders and chief operators Larry Magid and Allen Spivak, pioneers in the industry, have brought virtually every major entertainment attraction to Philadelphia.

Architects of the concert industry as it is known today, Magid and Spivak opened one of rock music’s first live venues in 1968, the Electric Factory. Throughout the decades, Magid and Spivak have continued as leaders and pioneers within the industry, and remain one of the few original independent concert promoters.

In 1985, Magid and Spivak brought the world to Philadelphia, serving as American producers of LiveAid, which was seen by more than 1.5 billion people worldwide. The concert from Philadelphia’s JFK Stadium, and the simulcast from Wembly Stadium in England, raised more than $75 million for famine relief, earning Magid and Spivak citations from the United States Congress and the City of Philadelphia.

Other highlights included producing the Atlantic City Pop Festival, the Quaker City and many other Jazz Festivals, as well as Bette Midler’s Clams on a Half Shell Revue and National Lampoon’s Lemmings, starring John Belushi and Chevy Chase. In addition to managing the careers of many performers, Magid and Spivak also owned and operated the Bijou Café, which was considered one of the country’s most influential “showcase” clubs. They also produced national tours for Richard Pryor, Patti LaBelle, and the band YES.

As theater producers, the duo has had equal success. They produced the Broadway musical Uptown… It’s Hot starring Maurice Hines, as well as the national tours of the Pulitzer Prize winning The Piano Lesson and Shirley Valentine. Their tour of the original Phantom of the Opera, written by Ken Hill, enjoyed a phenomenally successful four-year worldwide tour.

Always committed to discovering and nurturing new talent, Magid and Spivak reopened the Electric Factory nightclub in October 1996, providing a world-class venue for both today’s up and coming performers and established artists. Magid and Spivak continue to own and operate the Theatre of the Living Arts on South Street and the Tower Theater.

Magid and Spivak are recipients of several awards including the Philadelphia Art Alliance’s medal of achievement (previous winners include Marian Anderson and Ricardo Muti). In addition, Magid was selected as the first president of the North American Concert Promotion Association.