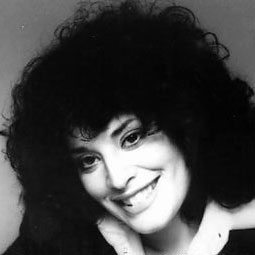 Lyricist Linda Creed teamed with composer/producer Thom Bell to author a series of hits forever linked to the lush and seductive Philly soul sound of the early ’70s. Born in Philadelphia in 1949, Creed was raised in the city’s Mt. Airy section. Her career was launched in 1971 when the great Dusty Springfield recorded her song “Free Girl.” That same year, Creed teamed with Bell, a staff writer, producer, and arranger at Kenny Gamble and Leon Huff’s famed Philadelphia International Records. Their first songwriting collaboration, “Stop, Look, Listen (To Your Heart),” became a Top 40 pop hit for the Stylistics, beginning an extended collaboration that also yielded the group’s symphonic soul classics “You Are Everything,” “Betcha By Golly, Wow,” and “I’m Stone in Love With You.” Creed and Bell also paired on a number of hits for the Spinners, including “Ghetto Child,” “I’m Coming Home,” “Living a Little, Laughing a Little,” and, most famously, the 1976 blockbuster “The Rubberband Man.”

The O’Jays, Harold Melvin & The Blue Notes, and other noted performers had hit records with Creed’s songs. Roberta Flack, George Benson, and Diana Ross scored gold records because of her music, and she contributed to two platinum albums by Teddy Pendergrass.

Though diagnosed with breast cancer at 26, Creed kept on working, teaming with composer Michael Masser to write “The Greatest Love of All” for the 1977 Muhammad Ali biopic The Greatest; in the spring of 1986, the song topped the charts for singer Whitney Houston. Sadly, weeks before Houston reached number one, Creed’s battle with cancer ended on April 10, 1986. The following year, her family and friends established the Linda Creed Breast Cancer Foundation. In 1992, she was posthumously inducted into the Songwriters Hall of Fame.