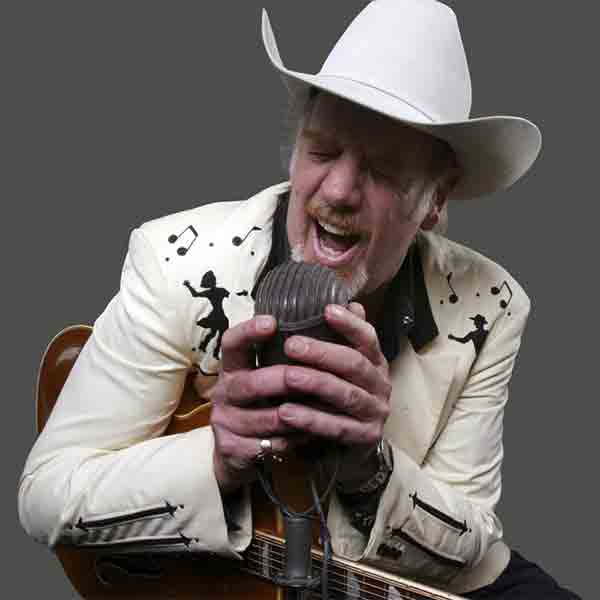 At a towering 6’7″, the Philadelphia-born Ray Benson is considered a giant in the industry. However, it’s his contributions to music history, not his height, that have made him a dominant figure on the music scene since 1970. As front man and founder of world-renowned Western swing band Asleep at the Wheel, for 40 plus years, Ray has been the driving force behind “The Wheel” and has overseen the release of more than 25 albums, countless tours, and has won nine GRAMMY® Awards. Ray’s honors include 2011 Texan of the Year, 2011 Texas Medal of the Arts Award for Multimedia, Lifetime Achievement Award from the Americana Music Association, the TEC Les Paul Award and, in 2004 the official Texas State Musician. A sought-after producer, he has worked with such artists as Willie Nelson, Aaron Neville, Carolyn Wonderland Aaron Watson, and Suzy Bogguss. Additionally, Benson is the founder and former member of the Rhythm and Blues Foundation, an organization that supports aging R&B artists from the 1940s, 1950s, and 1960s that have reaped little financial benefit from their music. He is also an active advocate and board member for the Health Alliance for Austin Musicians. Since 2010 Benson has hosted the highly successful Texas Music Scene television series which broadcasts weekly in 250,000 homes across the top 16 cities in Texas and surrounding states, showcasing live performances by today’s talent in the Texas and Red Dirt music circuit.