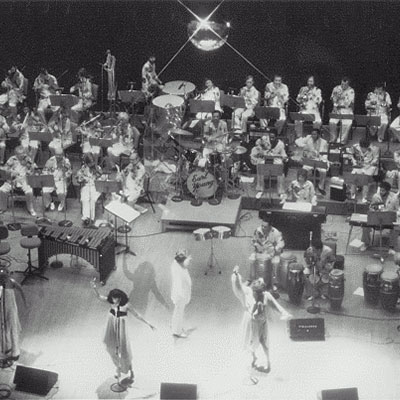 The roster of the Salsoul Orchestra was derived from the house band that recorded at Philly’s Sigma Sound Studios. The same core musicians became the backing band for acts on the Salsoul Record label, recording several hit singles and albums between 1975 and 1982. Their song, “Love Break (Ooh I Love It)” has been sampled in several rap songs and most notably, in Madonna’s “Vogue.” The signature of the Orchestra was its elemental fusion of Philadelphia soul, funk, Latin and disco. With a large rhythm section, voices and a full horn and string compliment, the Salsoul Orchestra boasted a roster of close to 50 members. The Salsoul Orchestra was conducted by Vincent Montana, Jr., who passed away earlier this year amid plans for his Walk of Fame induction.