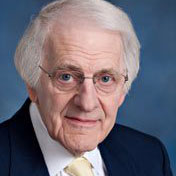 It has been written that Sid Mark speaks three languages – English, Yiddish, and Sinatra. Since 1956, Sid Mark has been playing, preaching and praising the talents of Frank Sinatra on Philadelphia radio stations for hundreds of thousands of loyal listeners.

His Sunday with Sinatra and Fridays with Frank shows had been part of the WWDB (96.5 FM) line-up for more than 20 years. In 2000 these shows moved to WPHT (1210 AM) in Philadelphia, and, as at WWDB, Sid hosts the only music shows on an all-talk radio station.

In 1966, Sid received an early release of a new Sinatra album, which he played over and over again for his radio audience. Record stores were sold out of the album virtually overnight. Frank Sinatra learned of this and invited Sid to meet with him in Las Vegas. “My bags had been packed for 10 years,” said Sid of this first of many meetings with his legendary friend.

In addition to his weekly Friday with Frank and Sunday with Sinatra programs on WPHT, Sid’s Sounds of Sinatra show is syndicated nationally to stations across America.