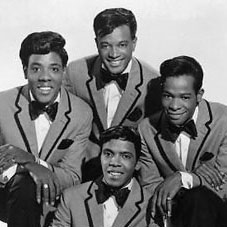 As the first group to score hits with the songwriting/production team of Kenny Gamble and Leon Huff, the Intruders played a major role in the rise of Philadelphia soul, but are sometimes lost in the shuffle amid better-known acts like the O’Jays or Harold Melvin & the Blue Notes. The Intruders were originally formed as a doo wop group in 1960, and sang around Philadelphia for several years. Lead singer Sam “Little Sonny” Brown, Eugene “Bird” Daughtry, Phil Terry, and Robert “Big Sonny” Edwards signed with Gamble and Huff’s fledgling Gamble label in 1966. They scored a Top 20 R&B hit that year with “(We’ll Be) United,” and followed it up a year later with “Together,” as well as their first album The Intruders Are Together. 1968, though, was the Intruders’ breakthrough year: “Cowboys to Girls,” a template for what would become Philly soul’s trademark sound, topped the R&B charts and climbed to number six on the pop side, giving the group their biggest hit. The follow-up “(Love Is Like A) Baseball Game” was their only other Top 40 pop hit, and the accompanying LP Cowboys to Girls wound up their most popular.

Gamble and Huff’s success with the Intruders helped convince Columbia to grant them the money to launch Philadelphia International Records, which became the most successful soul label of the early ’70s. The Intruders, meanwhile, were undergoing some internal turmoil; when they resurfaced on the 1970 Gamble LP When We Get Married, lead singer “Little Sonny” Brown had been replaced by nightclub singer Bobby Starr (b. Robert Ferguson). The title cut, a Dreamlovers cover, was a hit on the R&B charts, as was the follow-up “(Win, Place or Show) She’s a Winner.” Starr’s tenure with the group was short-lived; Brown returned for the 1973 LP Save the Children, which spawned the Intruders’ last two big hits, “I’ll Always Love My Mama” and “I Wanna Know Your Name.” For the 1974 follow-up Energy of Love, the Intruders were switched from the Gamble imprint to the Philly International subsidiary TSOP; however, it was less successful than the quartet’s previous releases, and they disbanded in 1975. Eugene Daughtry formed a new lineup in 1984 (without any other original members); they recorded an album titled Who Do You Love? for the UK imprint Streetwave before disbanding once again. Daughtry passed away in 1994 after a bout with cancer, while Brown unfortunately committed suicide following years of drug and alcohol problems. Bobby Starr, meanwhile, continues to lead another version of the group that features no other original Intruders.